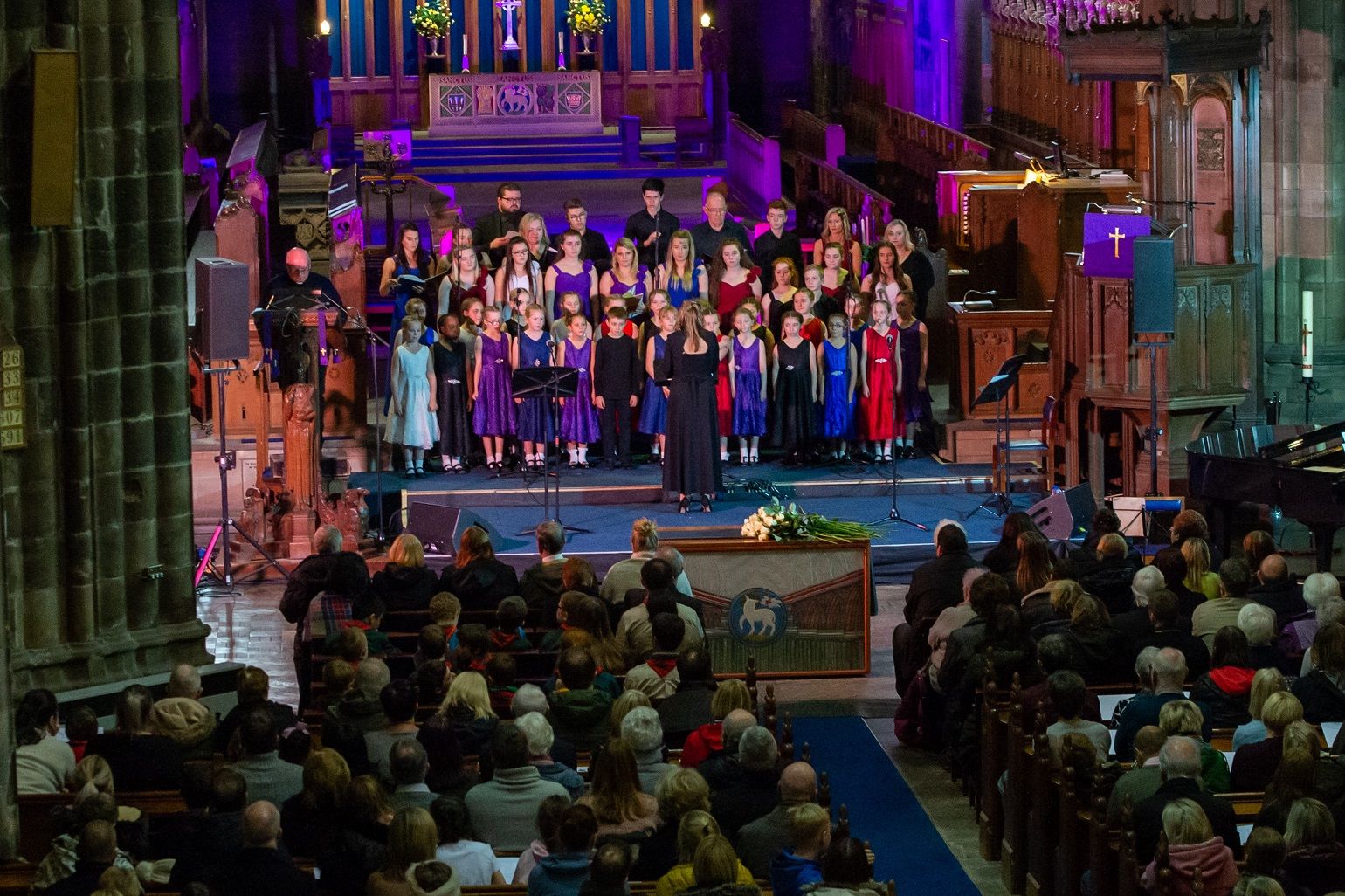 The people of Paisley paid tribute to one of its most tragic events on Saturday as hundreds of people attended a special commemoration event to mark the 90th anniversary of the Glen Cinema disaster.

More than 150 people took part in a lantern procession through the town, made up of young people, community groups and schools, before attending a special service at Paisley Abbey where 500 invited guests paid tribute to the victims, survivors and their families.

Survivors Robert Pope and Emily Brown were in attendance along with their families.

There were many poignant moments during the service including a solo cello performance of ‘Vocalise’ by Rachmaninoff which played as 70 children walked up the aisle and each laid a white rose for the children who lost their lives. Survivors Robert and Emily also laid a white rose; guests spent a minute of silence in contemplation of the tragic events; and the Starlight Chamber Choir closed the evening with a moving rendition of ‘Coming to the Glen’.

Carol said: “It was an honour to be part of such a special event – this is a really difficult part of Paisley’s rich history, but a part that must be commemorated nonetheless. The courage and sense of community that endured after this awful tragedy is one that we must continue to build and to celebrate. I believe the most conducive way to grow is to seek out the strength in our past and this tradition is one I find very nourishing.”

Liam Kay, 14, of Linwood High School, has been a member of Starlight Youth Theatre for three years and performed a monologue, ‘Getting Ready for the New Year’.

Liam said: “It was a beautiful event. It’s such a tragic thing that happened, but it is important to remember those who died and also those who survived, and it was done in a beautiful way.”

The Glen Cinema tragedy took place on 31 December 1929 when a smoking film canister caused a panic during a packed children’s matinee where more than 600 children were present. As a result of the crush that followed 70 children died and more than 30 children were injured.

News of the disaster was far-reaching with letters of condolence being sent to the town from people across the globe. The impacts were global as well – as the Cinematograph Act 1909 was then amended to ensure all cinemas had more exits, that doors opened outwards and were fitted with push bars. A limitation was also placed on the capacity of cinemas and a requirement for an appropriate number of adult attendants to ensure safety of children.

Louisa Mahon, Head of Marketing, Communications and Events at Renfrewshire Council, said: “The commemoration event allowed the people of Paisley to pay tribute and remember all the victims and survivors of the tragedy.

“In this, the 90th anniversary – it’s even more important to take stock of the tragic events which took place and consider the local and global impacts of the disaster.”

During the day on Saturday people were also able to view a specially commissioned commemorative film ‘The Glen Cinema Disaster’ directed by Paul Mothersole at POP Community & Arts Space in the Piazza. A small exhibition of printed letters held in the Secret Collection were also on display in the space during the day for the public to see – the exhibition will remain in the venue until the 20 December.

The annual memorial service and wreath laying will take place at Paisley Cenotaph on the morning of 31 December. This is run by community members and supported by Renfrewshire Council.