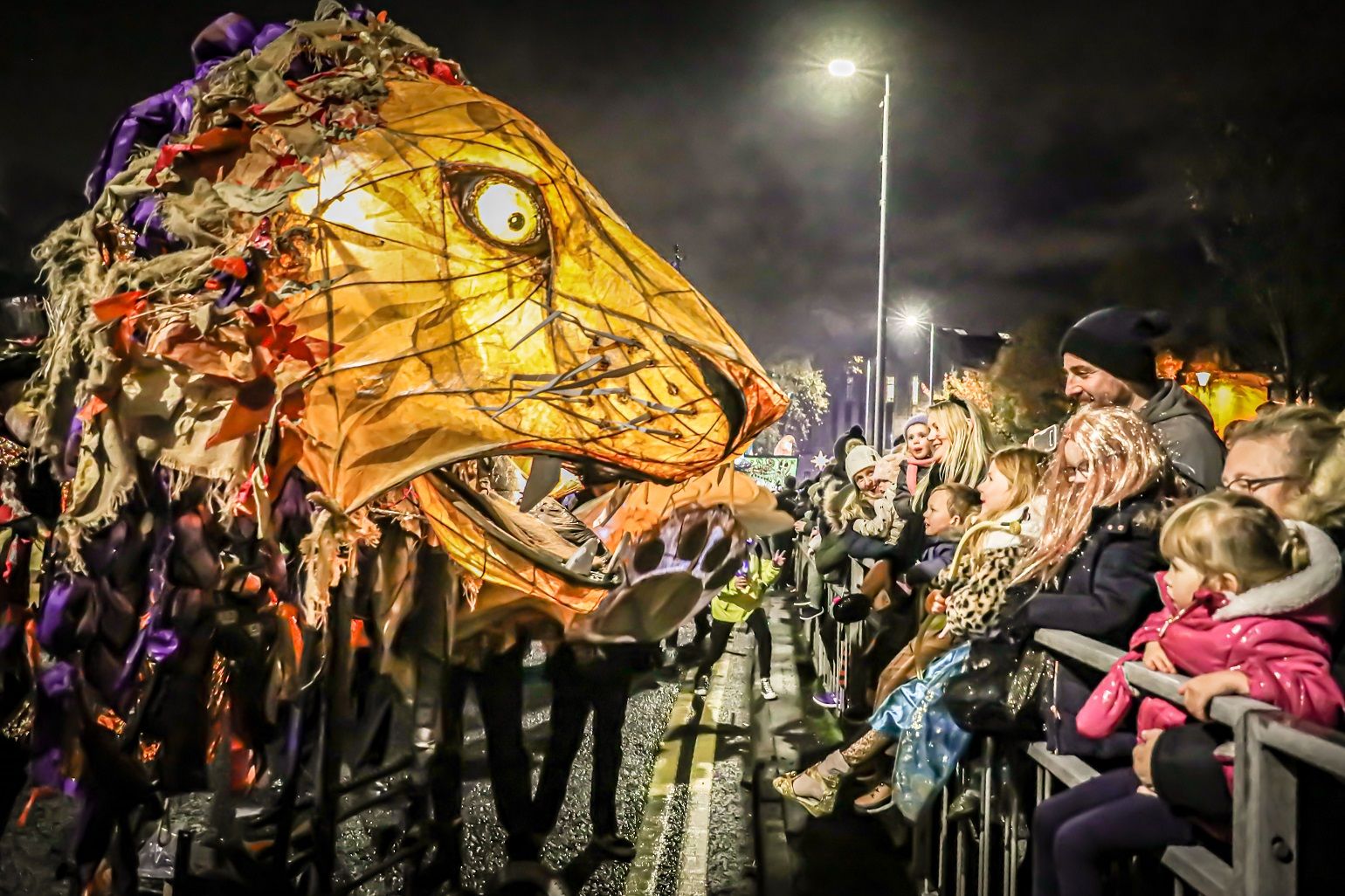 That’s according to the findings of independent assessments into the two October events, which also showed record numbers of people attended the festivals in 2019.

One of the largest events of its kind in the UK, the Dark Circus themed Paisley Halloween Festival attracted 41,000 people across the two-days – up 17% on 2018. The event was delivered alongside internationally-acclaimed outdoor theatre specialists, Cirque Bijou.

More than 350 costumed performers and community groups took part in the Mardi Gras style parade, the centrepiece of the festival, which wound its way through the town centre. The parade also featured fantastic, giant lion and elephant floats, ferocious fire performers, creepy clowns and curious creatures, to delight the gathered crowds.

Twenty six percent of attendees to the Halloween festival were from outside Renfrewshire demonstrating the popularity and stellar programme of the free, family-friendly activities on offer.

The Paisley Halloween Festival was awarded £16,950 of National Programme funding from EventScotland for the 2019 event.

The festival delivered £824,250 to the local economy with local businesses benefiting from the high number of visitors in the town that weekend.

Paisley Halloween Festival scooped the Best Cultural Event or Festival at the 2019/20 Scottish Thistle Awards West Scotland regional finals and will now go on to compete in the prestigious national final on March 5, 2020.

The Spree also delivered impressive results for the area. More than 12,000 festival-goers turned out to enjoy the diverse range of acts in the stunning Salon Perdu Spiegeltent in Paisley’s County Square – allowing for more people to enjoy the performances.

The numbers also add up, with a £411,000 total economic boost from the 10-day music, arts and cultural festival.

The festival was programmed by Regular Music and sponsored by Tennent’s Lager.

There was also a packed Wee Spree programme for kids during the school holidays with 2,822 people heading along to enjoy the events – the highest number of attendees on record for the event.

The festival also provided a boost to local traders with many festival-goers choosing to Spend Local and sample the great bars, restaurants and cafes in the area.

Renfrewshire Council Leader Iain Nicolson said: “It was phenomenal to see such great numbers coming along to Paisley’s Halloween Festival and to Spree and now this report shows the positive impact these major events have on the local economy and local businesses.

“We’re continuing to work with partners to offer a fantastic calendar of events to attract residents and visitors from across Scotland and the rest of the UK.

“Renfrewshire has so much to offer and major events are an important part of our plans to use our culture and heritage to drive footfall and cement our status as one of Scotland’s top visitor destination.”