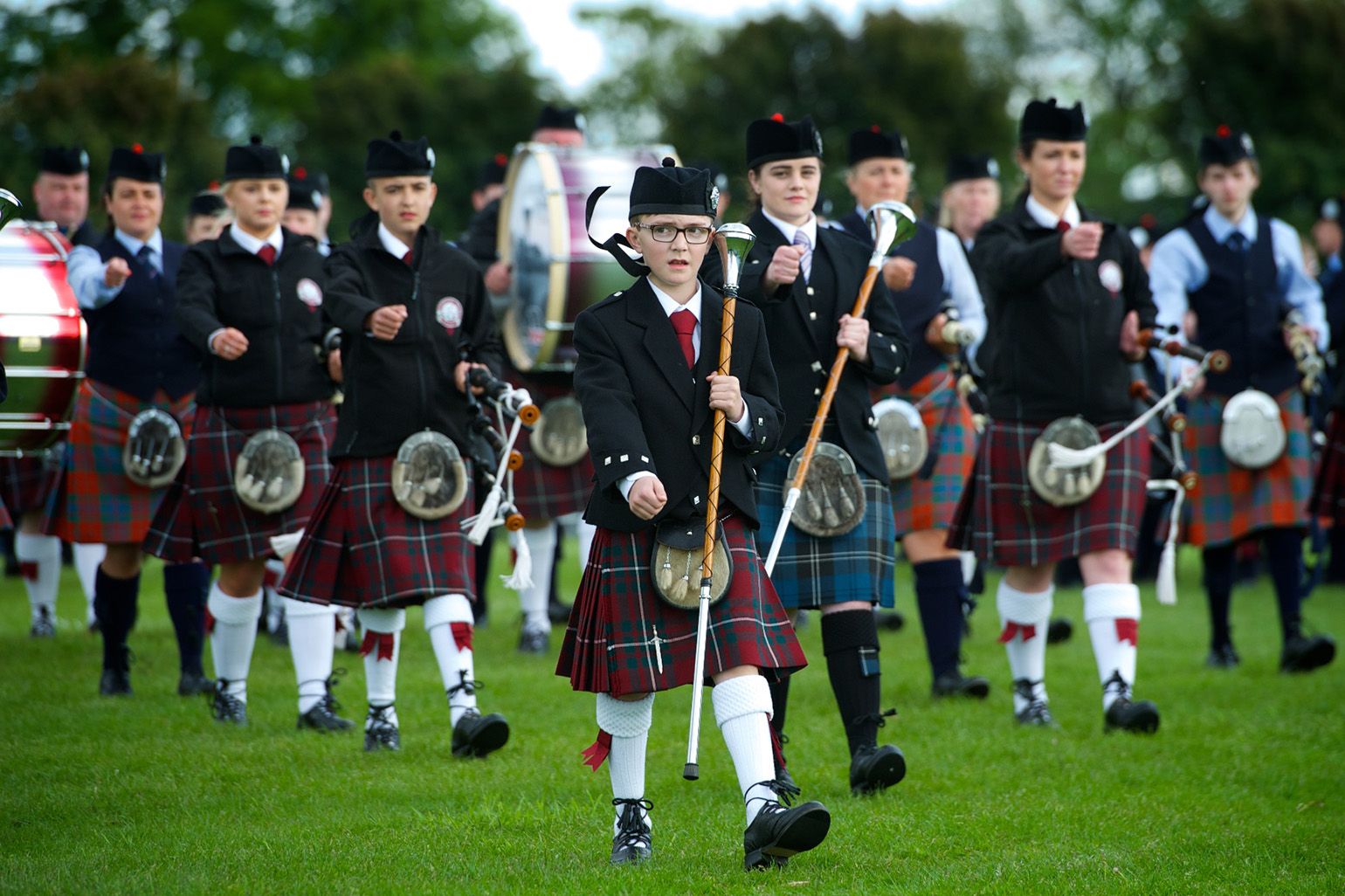 MEDIA RELEASE: Thousands of pipers and drummers en route to Paisley for one of world piping’s biggest events

Paisley is preparing to welcome an invasion from a tartan army this weekend when 4,000 pipers and drummers descend on the town for one of world piping’s biggest events.

The British Pipe Band Championships are at the St James Playing Fields on Saturday from 10am until 7pm – with a day of free family entertainment laid on.

The event – the first of piping’s five summer ‘majors’ and second-only in size to the Worlds – will feature 123 bands from across the UK and Ireland, and drum and pipe majors from as far afield as the USA, Denmark and Belgium.

For the first time the event will feature a Highland Games competition and Scottish Open Strongman contest featuring World’s Strongest Man competitors – including the chance for visitors to test their own strength.

Event organisers Renfrewshire Council and the Royal Scottish Pipe Band Association have also teamed up with McGill’s Buses to transport spectators to and from the event – free of charge.

This year’s event chieftain will be poet Brian Whittingham, the Tannahill Makar for Renfrewshire. He said: “This will be the first time I’ve attended the Championships and it’s an honour to be have been asked to be Chieftain.

“I’m sure the sight and sound of so many world-class pipe bands will make for a tremendous experience!

“It’s fantastic that we’re able to welcome thousands of visitors to Renfrewshire for such a prestigious event and I know they’ll enjoy the welcome they receive.”

McGill’s will run the shuttle buses from Paisley Gilmour Street station, West College Scotland and Swift Parking on Greenhill Road, with the latter two offering free event parking. Visitors should note there will be no public parking at the event.

Other transport options include getting the train to Paisley St James station, which is a short walk from the event site, or a McGill’s bus to Paisley town centre, and transferring to the free shuttle.

This is the fourth year the championships have taken place in Paisley – with the area contracted to continue to host until 2021.

Last year’s event attracted 17,000 attendees and generated more than £300,000 for the local economy, with half the attendees visitors to Renfrewshire and 7% from outwith Scotland.