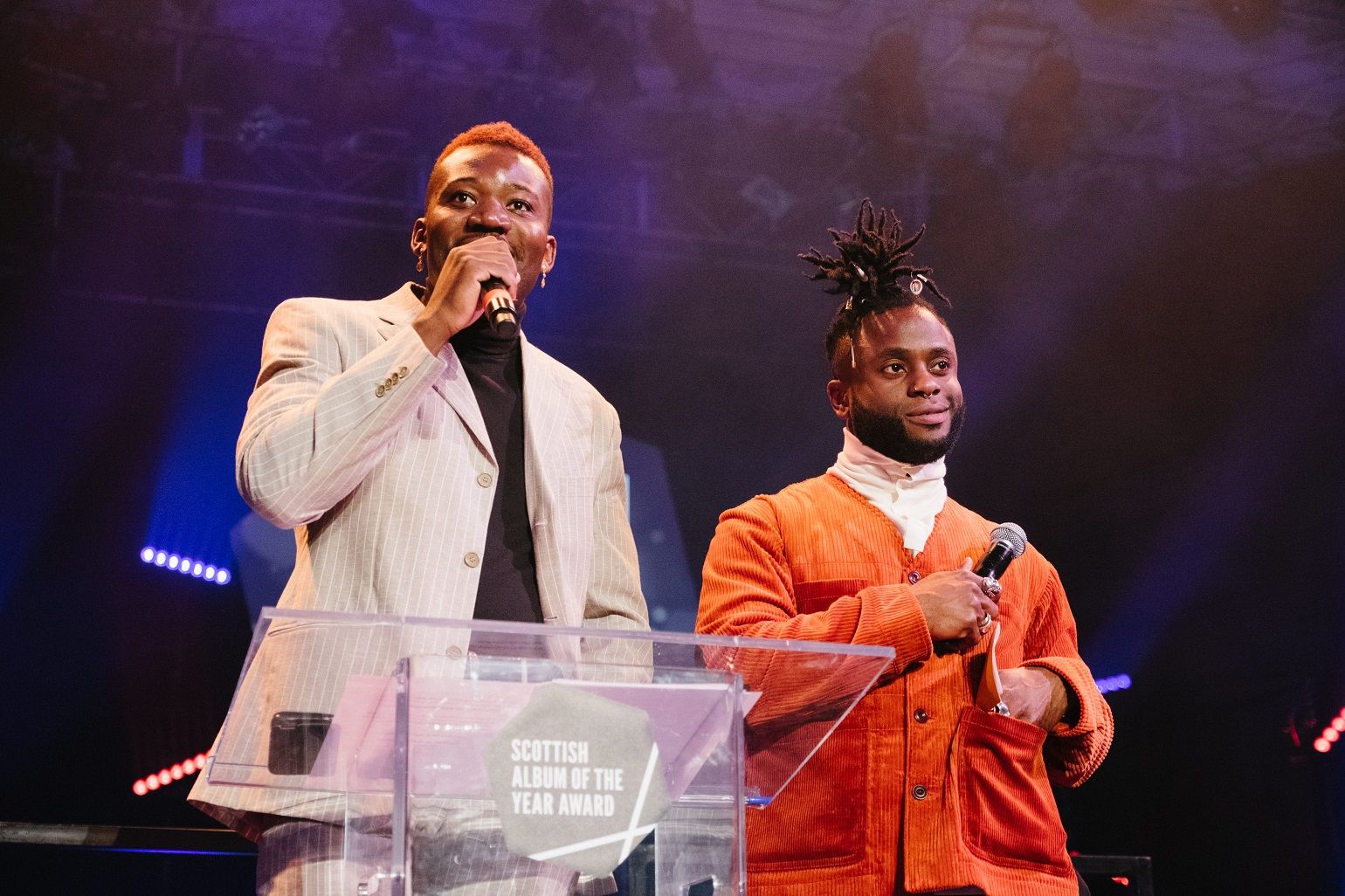 The 2018 winner of Scotland’s national music prize, the Scottish Album of The Year (SAY) Award, was tonight (Thursday 6 September) announced as Young Fathers for their album Cocoa Sugar.

At a ceremony presented by co-hosts Vic Galloway and Nicola Meighan at Paisley Town Hall, the audience of music industry professionals from across the UK, engaged music fans and Scotland’s consistently strong mix of creatives celebrated as Young Fathers emerged as the winner, scooping the £20,000 first prize.

Band member, Alloysious Massaquoi was ecstatic, saying, “We want to thank everyone who voted, it’s fantastic for Scotland and diversity in music. This is a total surprise and an honour for us to win it twice and make history. We are obviously a multi-racial group who stand for openness, kindness, and love.”

Formed in Edinburgh in 2008 by Alloysious Massaquoi, Kayus Bankole and Graham ‘G’ Hastings in 2012, they released their introductory mixtapes, Tape One and Tape Two. The trio then signed to Big Dada and released debut album, ‘Dead’, in 2014. Following an extensive world tour the band begin work on their sophomore album, ‘White Men Are Black Men Too’, which was released in 2015. Their album, ‘Tape Two’ won the Scottish Album of The Year in 2014 and four years later, the band now add their third studio album, ‘Cocoa Sugar’ to their repertoire.

Robert Kilpatrick, General Manager at Scottish Music Industry Association (SMIA), said: “A huge congratulations to Young Fathers for winning 2018’s Scottish Album of the Year Award. ‘Cocoa Sugar’ is a fantastic, world class record, which showcases the band’s incredible song writing talent and musicianship. Having previously won The SAY Award for ‘Tape Two’ back in 2014, as well as The Hyundai Mercury Prize in the same year for ‘Dead’, they continue to go from strength to strength, defying expectations and creating some of the best music to have come out of Scotland. A truly well-deserved win from an outstanding, crucially important Scottish act.”

Alan Morrison, Head of Music at Creative Scotland, said: “This second victory for Young Fathers is so well deserved for a band who have gone from strength to strength since they first stormed the SAY Award stage in 2014. It’s their most accessible release yet, with pop hooks and soulful vocals emerging from their trademark monsoon of global beats. Congratulations also to all the nominees who made this such a bold and diverse year for Scottish music.”

Louisa Mahon, Head of Marketing, Communications and Events at Renfrewshire Council, said: “We have had a fabulous night at this year’s Scottish Album of the Year Awards here in Paisley and I would like to offer a massive congratulations to the winner Young Fathers and to all the artists who made this year’s shortlist. This year’s awards have showcased once again the incredible breadth and diversity of Scotland’s thriving music scene.”

“Hosting the SAY Award is a perfect fit for Paisley, long-established as a music town, and has put us firmly on Scotland’s major events map – I can’t wait to see what’s next.“

Peter Leathem, Chief Executive Officer at PPL, commented: “Congratulations to all of the artists shortlisted for this year’s SAY Award.  Scotland produces a consistently strong musical output across a variety of genres and this event plays a key role in championing a diverse range of Scottish artists.  We are very proud to support the SAY Award once again in 2018.”

Throughout the night, guests were treated to outstanding live sets from some of Scotland’s most exciting emerging artists, including Hairband (chosen by last year’s SAY Award winner, Sacred Paws), multi-instrumentalist from Orkney, Erland Cooper, the timeless and unique sounds of Megan Airlie and the dynamic and unapologetic Declan Welsh & The Decadent West, who was selected by TicketWeb

As well as Young Fathers claiming the first prize, the nine other Shortlisted albums (listed below) each won a £1,000 prize and bespoke commemorative award including a soundwave from each of the albums’ lead tracks.