ModStuff: Read all about this year’s event at The Spree with organiser Gary Kerr

The Spree festival is back in Paisley from Thursday 1 – Saturday 10 September 2022 – and that means the return of the fantastic ModStuff event.

This year’s ModStuff takes place on the opening Saturday (3 September). It begins with a free afternoon show from 12pm – 5pm, including the popular scooter ride-out. Then, there’s a ticketed evening event with great live music from 7pm.

We caught up with organiser Gary Kerr of LNP Promotions to tell us more about all things ModStuff.

Can you tell us a bit about the history of ModStuff and your involvement?

This is officially year 10 of ModStuff in Paisley – with the first event taking place at The Bungalow in Shuttle Street in 2013.

It all started when I met Tommy McGrory and thought about what I could do in my town and how I could help him. I love music and I wanted to get involved in events and contribute to Tommy’s youth music charity, Loud n Proud.

We created LNP Promotions to help the charity through promotion and participation in great live music and arts performance events. The purpose of LNP projects and activities is to promote Paisley as a live music destination, attract visitors, stimulate the local economy and to further our charitable aims and objectives.

The original idea for ModStuff came about when the Royal National Mod festival of Gaelic arts and culture was coming to the town that year – we thought about how a popular music event could tie-in in parallel with that, but in a different way. There’s a real legacy of Mod subculture in Paisley that still lingers today from the 1960’s and more particularly from the late 70’s and early 80’s Mod revival period. We had discussions with the Royal National Mod, so they didn’t think we were being disrespectful, took advice from some people we knew and ModStuff was born – a small festival celebrating Mod culture and the scene in a respectful and accessible way.

The first event took place at The Bungalow in Paisley and we tied in with Ewan Eadie. He runs March of the Mods, Glasgow and Paisley with his wife Annette. They raised funds for Teenage Cancer Trust at the Saturday afternoon show and scooter ride-out. The turnout was fantastic – and it was only then that we understood just how big a draw this event would be and how important it was to people. We learned a lot from our early mistakes and developed relationships which would help us to build towards our future events.

We worked in partnership with Renfrewshire Council on the evolution of the event, which would see ModStuff move into the Spiegeltent and be part of The Spree festival.

Now we have a fantastic mix of original, covers and tribute acts, our resident DJ, Gerry McGuire and the highly anticipated scooter ride-out, with people coming from all over to enjoy the ModStuff event each year. 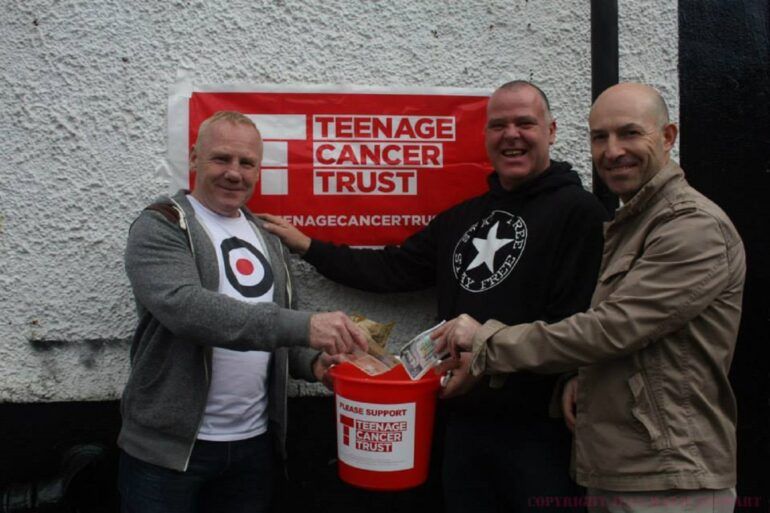 (From left) Tommy McGrory, Ewan Eadie and Gary Kerr at the first ModStuff in 2013

What do you think makes ModStuff such a fantastic event?

We want people to come to Paisley and have a really positive experience. LNP gigs have become eagerly anticipated in the town, with lots of happy people reconnecting and feeling part of successful and vibrant events. We always have brilliant music acts, and this year is no different.

Charity fundraising is also embedded in ModStuff and people know they are raising funds for great causes by coming to the event. In partnership with the Paisley Vespa Scooter Club, we’ve more recently raised funds for Renfrewshire Carers and, from now on, we have decided to rotate fundraising year on year so that different charities are able to benefit at ModStuff. This year, fundraising will again be run and organised by Ewan and Annette Eadie with every pound raised going to March of the Mods, Paisley, in aid of Teenage Cancer Trust.

There’s the scooter ride-out which will see scooters from around Scotland and further afield gather in Bridge Street, close to Paisley Abbey, before heading out and around the town. The ride out is run by the Paisley Vespa Scooter Club and has attracted over 100 individual scooters to take part in recent years.

We also have our annual awards – including the Special Recognition Award in memory and honour of Andy Irvine. It is awarded every year at ModStuff along with a number of other fantastic awards, including Furthest Travelled, Best Vespa and Best Lambretta.

I really believe that the event shows Paisley off as a great live music destination and a great place to be, in a wonderful setting right in the middle of the town. 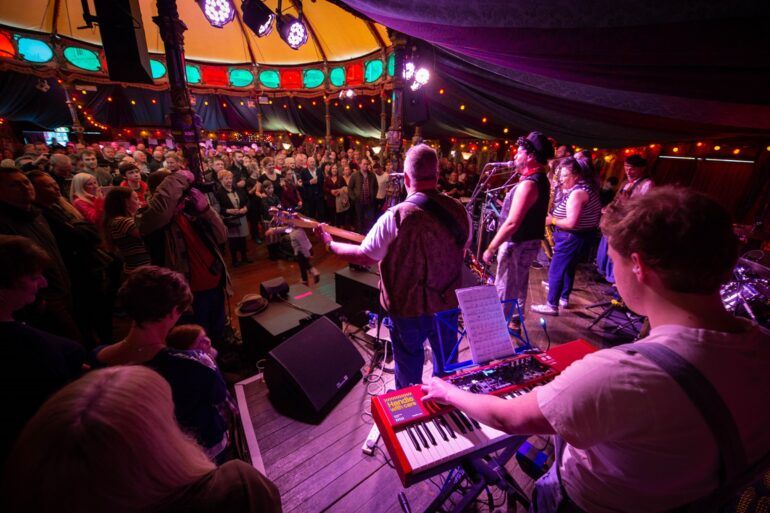 What can people enjoy at this year’s event?

ModStuff will see two fantastic Spiegeltent music shows on Saturday 3 September, as well as the spectacular scooter ride-out from 12pm.

The free afternoon show begins with Gerry McGuire, who has been our resident DJ since day one and is the glue that holds everything together. Then we’ve got afternoon entertainment from START! – a great local Mod band – and Berry Tweed & The Chasers, a super band fronted by the brilliant Laura Hunt from Lochwinnoch. We’ll be finishing off the afternoon with a rousing set from The Absolute Jam taking us right up to 5pm.

There’s a 2-hour break before our ticketed evening show begins at 7pm. We’re thrilled to have original artists at the evening show this year, and we’ll first be joined first by The Electric Stars – a brilliant band who are coming up from Salford. Then we’ll have the sensational singer-songwriter Emily Capell and her band, flying up from London – and we’re very lucky to have her join us. DJ Gerry will also be back with more great tunes to take us up to near enough midnight.

Tickets for the ModStuff evening show are on sale now and available from https://www.thespree.co.uk/event/modstuff-evening-show/

What would you say to encourage anyone thinking about coming to ModStuff at The Spree?

It’s such a fantastic day and it showcases everything that’s great about live music and socialising in a safe environment. If you want to see Paisley at its best, come to The Spree and come to ModStuff in the Spiegeltent.

Find out more about ModStuff and The Spree festival here.