It’s starting to hot up in Renfrewshire with a host of spectacular events taking place this spring and summer.

The area’s bumper events calendar begins with the Paisley Food and Drink Festival 2019, which takes place on Friday 26 and Saturday 27 April.

The two-day event will see more than 30 traders and vendors showcase the very best produce and street food from across Scotland.

This year’s festival will also see the addition of a dedicated vegan and vegetarian zone, tasting sessions with Gin 71, interactive workshops, live music and much more.

Organisers are teaming up with Renfrewshire CAMRA (Campaign for Real Ale) to host a dedicated Beer Tent at the event with a range of craft conditioned ales and craft beers available.

“The Beer Tent will feature a large variety of craft conditioned ales and craft beers, including vegan options, for those attending the event.

“We look forward to welcoming familiar faces to the Paisley Food and Drink Festival 2019 and would encourage everyone to come along and enjoy the full two-day experience in April.”

Paisley has won the rights to host the British Pipe Band Championships – one of the most prestigious events in the world piping calendar – until 2021, having also hosted the event for the past three years.

Up to 130 pipe bands will compete at this year’s championships at St James playing fields in Paisley on Saturday 18 May.

Thousands are expected to attend this year’s event, which will also feature a Highland Games, family entertainment and a Food and Drink Village. 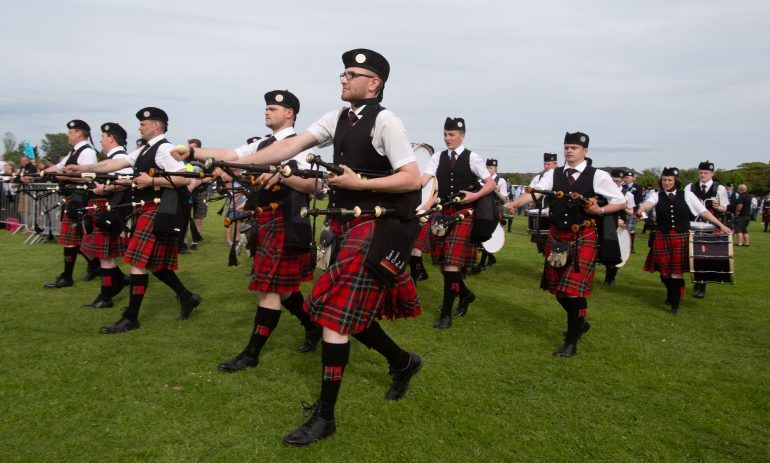 Event organisers Renfrewshire Council and the Royal Scottish Pipe Band Association will also be teaming up with McGill’s to provide a free shuttle bus service to take spectators to and from the event.

Paisley’s annual Sma’ Shot Day celebration, which is one of the world’s oldest workers’ festivals, will take place on Saturday 6 July.

The holiday takes its name from a famous dispute between the local shawl weavers and manufacturers in the 19th century and is held on the first Saturday in July to mark the time of year when the weavers and their families would traditionally take their holidays.

The traditional Sma’ Shot parade will make its way from Brodie Park to Paisley town centre, with this year’s activities taking place around Paisley Arts Centre, Witherspoon Street and Shuttle Street – where the town’s historic Sma’ Shot Cottages can be found.

The annual Renfrew and Barshaw Gala Days will also take place on Sunday 2 and Saturday 22 June.

We are delighted to be partnering with Paisley again to bring the British Championships to the town for another three-year run. Paisley is a popular venue with the bands for its central location, transport links and the many excellent options available locally to stay overnight and to enjoy a meal or a drink.