A giant spider will be on the loose in Paisley town centre this Halloween, ready to pounce on anyone who dares approach its lair…

But don’t worry, it’s just one of the many attractions being lined up for Paisley Halloween Festival, which takes place next week.

The Future Paisley programme is helping fund its community participation and volunteering work, with a wide range of local groups helping design parts of the festival programme, and taking part in the event itself.

The free-to-attend Halloween event is on over three evenings from Thursday 27 to Saturday 29 October (6pm to 9pm each night). It has grown to be one of the biggest and best of its kind in the UK and tens of thousands are expected to join us in Paisley town centre for the event.

We are proud the festival can act as a platform for Renfrewshire’s creative groups to showcase their talents, and work with and learn from some of the professional performers who will feature. 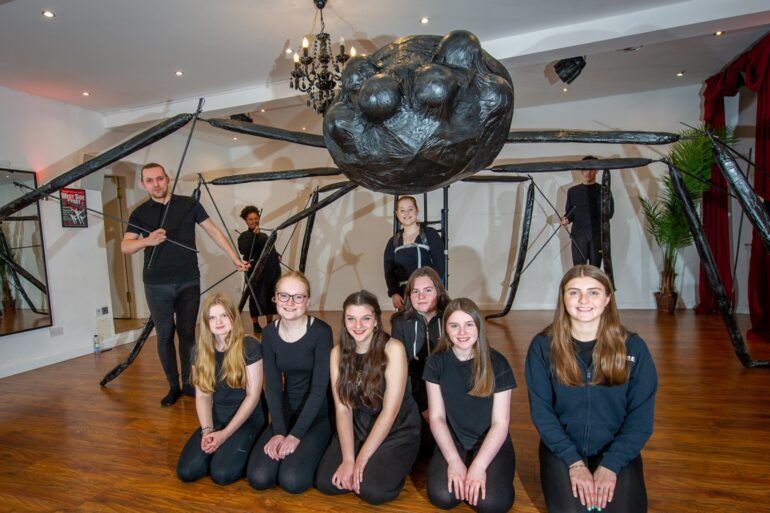 The photos in this article show the young people of Starlight Youth Music Theatre, based in Paisley’s west end, bringing to life one of the unique installations specially created for the festival – a giant spider puppet which will sit in its own lair in Abbey Close complete with luminous eggs.

The spider was inspired by the legendary story of Robert the Bruce and ‘try, try and try again’ – a nod to Paisley’s historic royal links, with his daughter Marjorie buried in the Abbey and his grandson – the future King James II of Scotland – having being born there.

Maria Wilson, of Starlight Youth Music Theatre, said: “The group for this are aged 14-20. They are all very excited about it. Working with a gigantic puppet has been a challenge because we’ve had to get all the puppeteers working together to make sure we move as realistically as possible and to be able to move together – so it’s been great for building teamwork.

“They’ve never worked with a puppet before – normally they do singing and dancing and everything is choreographed – but for this there’s not really a script so they’re going to have to improvise on the night, which will be fun.” 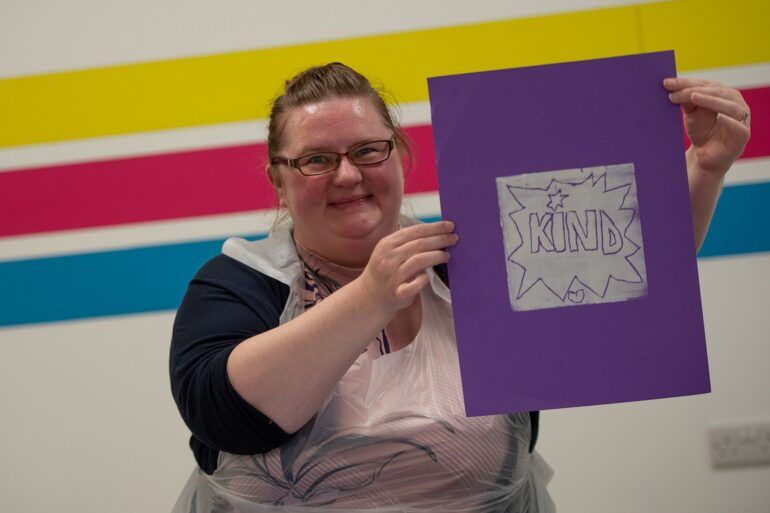 One of the other attractions will be a tarot-card-inspired installation, Superhero Spotlight: Everyday Heroes, created by local young people and celebrating the heroic acts of people in their everyday lives, as well as their own everyday heroic acts, supported by artist Ruby Pester.

Our photos also show some of the young people connected to Renfrewshire Carers’ Centre working with Ruby on their contribution to the artwork. 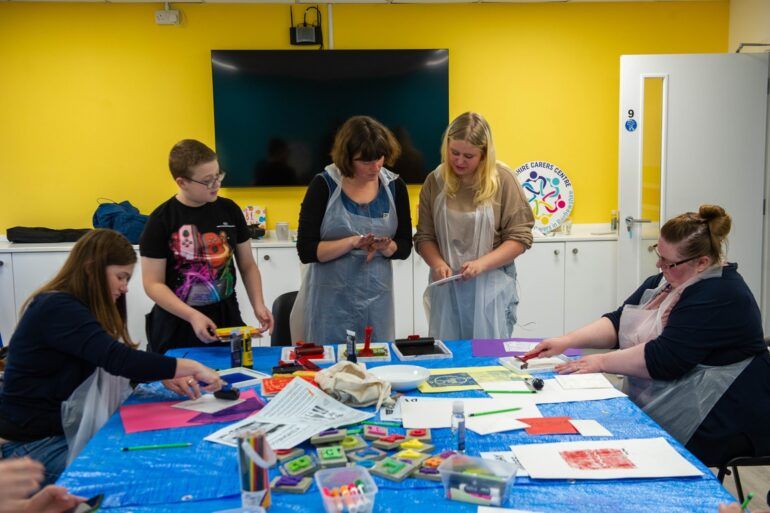