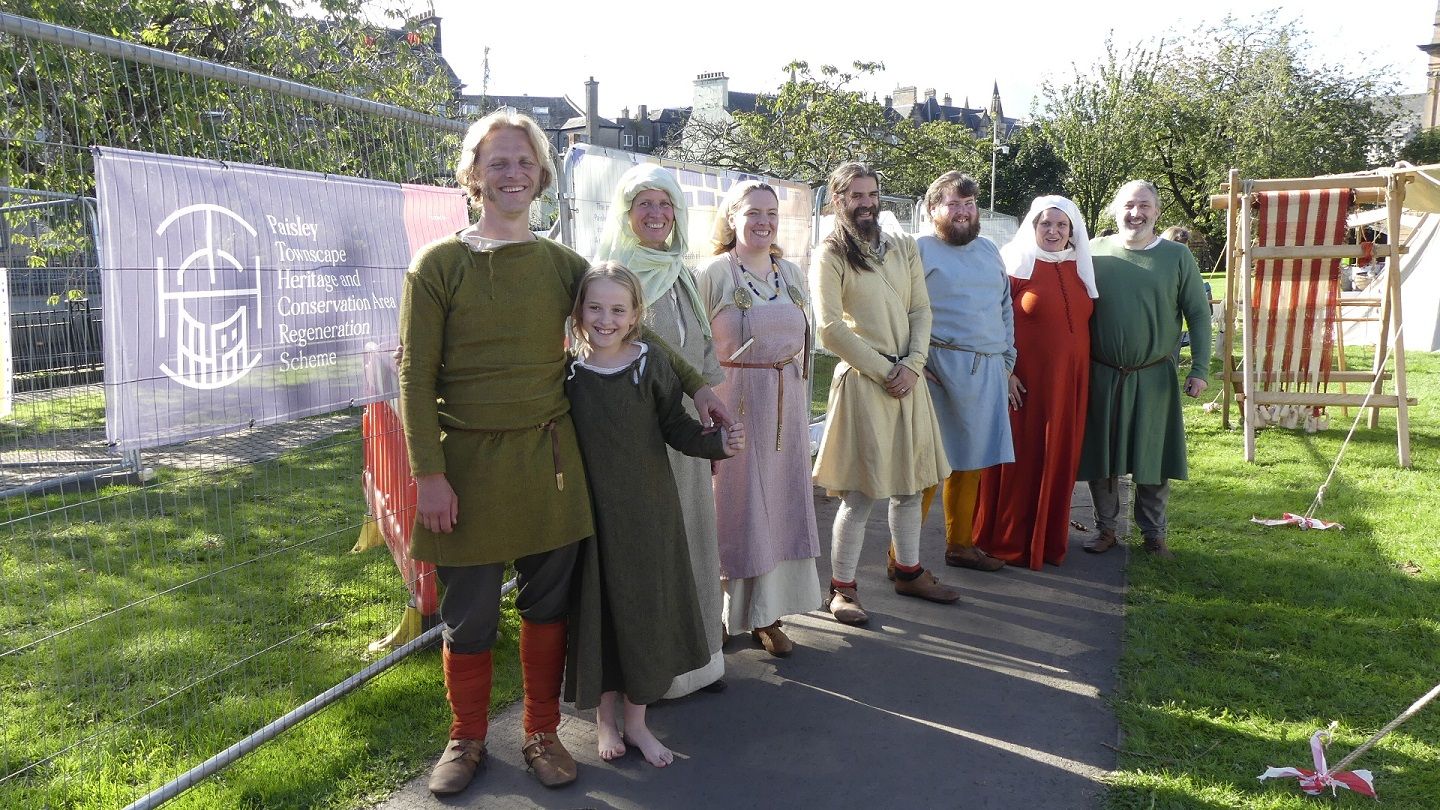 The Living History Crafts Event took place under 5 heritage style tents on Abbey Close across the path from the Abbey Drain.

7 living historians in 14th century costume occupied the tents for the duration of the event: 5 gave textile demonstrations, with 2 of those 5 offering the public simple participatory activities in naal binding (similar to felting) and finger braiding (similar to finger knitting); 2 offered a stone carving demonstration, adding detail to a work in progress (a limestone font).

A programme of short, community made films, exploring aspects of Paisley’s history were shown at the St Mirin Chapel, Paisley Abbey.

Five films played on a loop in the following order:

Tells the story of Paisley’s Grand Fountain and its restoration

As part of the Artisan’s Institute project for Paisley TH.CARS2, a demonstration by Glasgow Clyde College of traditional textile skills was held, with the opportunity to try your hand at spinning and weaving on offer for visitors.