Manufacturing a bright future for Renfrewshire

To say Nick Shields is proud of Renfrewshire’s contribution to manufacturing is an understatement. From textile production to powering WW2 aeroplanes, Nick has an encyclopaedic knowledge of the area’s manufacturing heritage.

It’s not just in his role as Head of the Scottish Manufacturing Advisory Service that he has built this knowledge up.

For Nick is Renfrewshire born and bred, growing up in Elderslie, schooled in Johnstone and now working in Paisley town centre, inspired by his mother, a former mill worker, his father, a shipbuilder and his grandfather, the decorative chef at Cochranes (later becoming Arnotts).

A keen guitarist and Gerry Rafferty superfan, Nick is excited about the work under way to cement Renfrewshire’s role as the beating heart of Scotland’s manufacturing future and here he shares his ambitions for the area.

“Renfrewshire truly was the cradle of Scottish manufacturing and one of the most important centres of UK and global manufacturing.

I’m quite steeped in the industrial history of the area. We did everything here, whether it was in Hillington making the Merlin engines that flew the spitfire or building the boilers in Babcocks generating steam for power stations around the world.

We exported so much capability and technology around the world, with complex businesses taking raw materials and turning them into finished goods.

Paisley was a world leader of the cotton industry and home to the world’s first truly global enterprise, the Coats business, at one time the third largest company in the world. 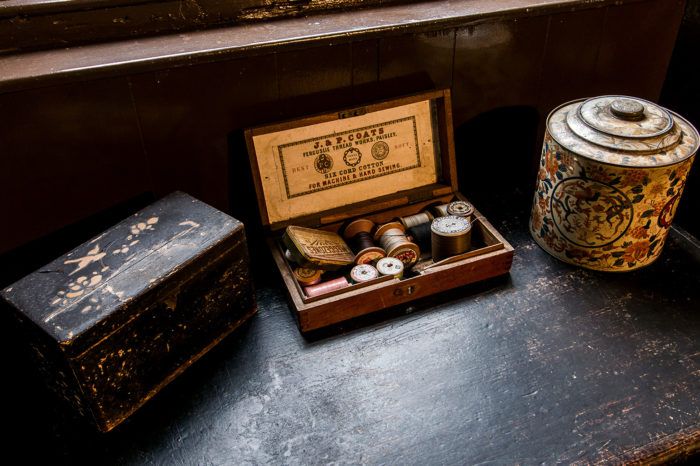 The post-industrial world we live in now means that one of my main challenges is to overcome people’s sense that we don’t make anything anymore. The reality is we still make an awful lot of products, we just don’t make things that people see on a day-to-day basis.

We still make high performance – high value products for global markets, often for businesses not consumers. These businesses offer fantastic career opportunities, it is the high skill, high wage economy. Having a thriving manufacturing sector truly will drive prosperity for our economy.

Renfrewshire still punches well above its weight in its contribution to the Scottish economy.

You have globally recognised players such as Rolls Royce and Howden, technical leaders in their fields. There’s highly successful family businesses such as the Scottish Leather Group, taking a traditional industry and by adopting progressive approaches they’re now the largest leather manufacturer in the UK.

You’ve got companies like Vascutek [now called Terumo Aortic] producing cardiovascular implants with a technology that evolved from the same textile mills that built the town of Paisley.

Whether it’s in Hillington [Scotland’s first designated new industrial estate when it was established more than 80 years ago and now home to more than 500 businesses employing 8,000 people] or in Inchinnan where you’ve large players such as Thermo Fisher, a global life sciences company, and lots of smaller, privately owned companies such as Peak Scientific, who export their gas generation products all over the world.

You’ve got it all here, many key sectors that are important to Scotland – aerospace, life sciences, food and drink – don’t forget 22% of all Scotch whisky is bottled in the Diageo site at Braehead.

My organisation is at the forefront of making sure Scottish manufacturing businesses maximise the opportunities the emerging fourth industrial revolution offers by making them more efficient and highlighting the benefits of new technology.

All previous industrial revolutions have driven up standards of living and prosperity for the countries that embraced them, Scotland has benefited from the first three revolutions. The fourth industrial revolution involves a combination of technologies such as automation, cyber systems, data, robotics and 3D printing. All the economic predictions say this again will be game-changing and can have a profoundly positive effect for manufacturers in Scotland. 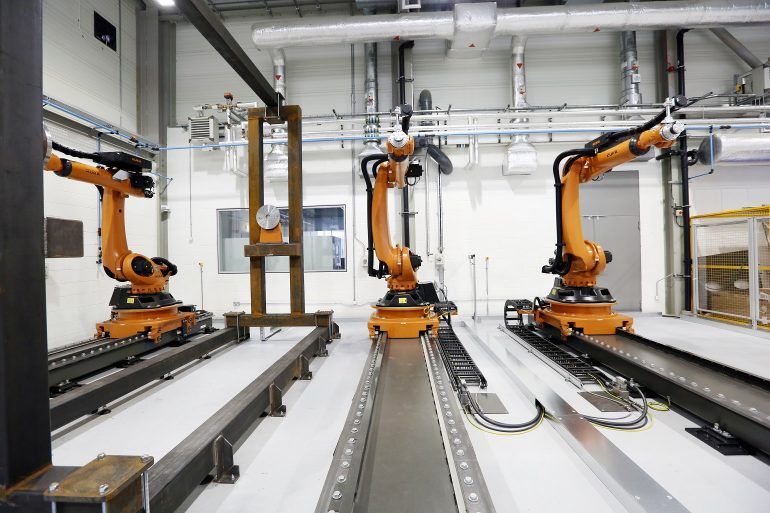 These facilities will help manufacturing businesses better understand how new technology can improve their productivity. Through supporting technology and skills in businesses, centres such as these have shown elsewhere that they can act as a magnet for investment. These facilities represent a massive vote of confidence in what the manufacturing sector can do for Scotland and for the UK. That they are being set up side-by-side here in Renfrewshire   signals the continued significance of this location.

Advanced manufacturing is about making technically complex often critical components and products that require a high degree of skill and knowledge and often a significant investment in new technology. It’s about low carbon transportation systems, the electrification of vehicles, medical advances for an ageing population, all new products supporting our changing world.

I can see the advanced manufacturing innovation district around Glasgow Airport driving these new business opportunities as you’ve got a fantastic location, next to an international airport, next to the motorway system, near a port, in the centre of an area already recognised as the cradle of Scottish manufacturing. You’ve a perfect combination of circumstances which makes this an ideal destination for global and Scottish businesses to invest and grow.

Access to talent is the competitive edge that global players right now are saying that secures investment.

We are on the cusp of something huge and Renfrewshire is ideally placed to seize the opportunities advanced manufacturing brings. With evolving technologies, there are a host with new jobs in careers we can’t even describe yet, remember 15 years ago nobody knew what an app developer was.”

We are on the cusp of something huge and Renfrewshire is ideally placed to seize the opportunities that advanced manufacturing brings.