Punk might have been fired up by anarchy and sticking it to The Man, but we’ve got Glasgow’s last bastion of bureaucracy – the City Council – to thank for the DIY rock revolution that galvanised Paisley in the mid-late 1970s and beyond.

Panicked by a blaze of media hysteria – and some legendary rammies in local venues – Glasgow councillors effectively (if unofficially) prohibited punk gigs after a Stranglers concert at the City Halls in 1977, so bands – and fans – had to find an alternative stomping ground.

Taking punk’s touchstones of innovation, activism, and doing-it-yourself, promoters started booking Paisley gigs for bands who’d usually be Glasgow-bound, largely at the Silver Thread hotel (thanks to the righteously-named Disco Harry) and The Bungalow Bar, whose booker, Loudon Temple, has written a fab history of the local punk explosion.

Between them, they welcomed Elvis Costello, Buzzcocks, Paul Young’s Q-Tips, the Boomtown Rats, Echo and the Bunnymen, Orange Juice, Aztec Camera and countless others to the town, its bars, its stages and dance-floors – and offered a wealth of inspiration (and coveted support slots) for local music fans and bands.


It galvanised a grassroots scene that included Paisley upstarts Fire Exit, The Zips, XS Discharge, Liberty Bodice, The Sneex, The Fegs, Mentol Errors, Defiant Pose and more. Some of these acts released music on Paisley music co-operative / label Groucho Marxist records, which was helmed by Tommy Kayes via the local Socialist Workers’ Party and the TUC Club in Orr Square, which also gave rise to the town’s Rock Against Racism chapter, which held festivals in Ferguslie Park.

Record shops like Stereo One, The Record Market and Listen were also instrumental to supporting its music scene – as was one of Bruce Findlay’s legendary music joints: fans were ferried to Paisley from the city on buses that left from outside one of Bruce’s Records in Glasgow.

Punk, of course, extended way beyond music, and another Paisley counter-cultural legend would upturn the fashion landscape with her iconoclastic vision. Pam Hogg’s sonic adventures included late-‘70s band Rubbish (who often played with The Pogues), ‘80s Acid House outfit Garden of Eden, and ‘90s alternative rock act Doll (who supported Blondie among others), but she’s best known as one of the world’s most celebrated designers. Her punk-inspired outfits have been worn by Debbie Harry, Siouxsie Sioux, Kylie Minogue, Taylor Swift, Lady Gaga, Rihanna, Bjork and many more since the 1980s.

Paisley’s underground revolution thrived throughout the ‘80s and ‘90s too, thanks to pioneering artists like Drew McDowall (who played with Psychic TV and Coil, and formed the Poems with a pre-Strawberry Swtichblade Rose McDowall), indie-pop favourites the Close Lobsters, and cult-pop renaissance man Momus – not to mention a burgeoning rave scene thanks to Club 69, and record shops like The Record Factory and Apollo Music (which became Feel The Groove…)

These days, the Silver Thread’s a fond memory, and The Bungalow’s moved house – from its original Renfrew Road location to the town’s more central Shuttle Street. It may have changed addresses, but its spirit of nurturing upcoming voices, fresh sounds and rising stars prevails, with recent events including the Scottish Alternative Music Awards’ Paisley Takeover. 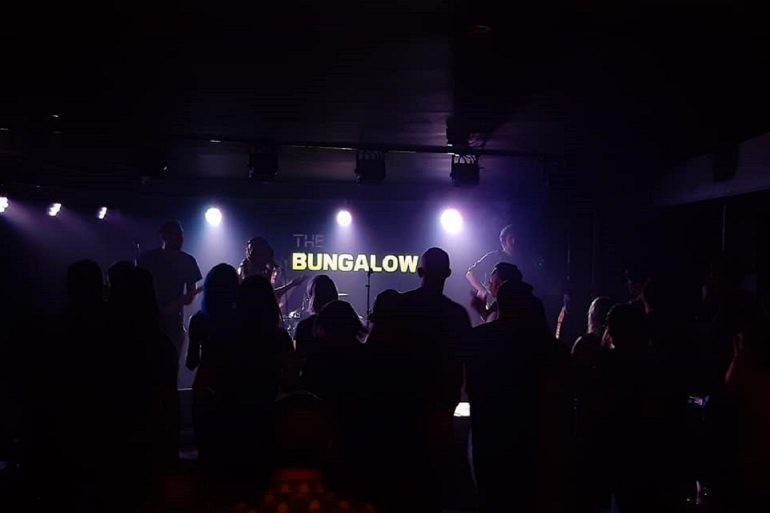 The town’s new sounds are as vibrant, eclectic and inventive as ever, thanks to students at the University of the West of Scotland, and acts like art-pop harmonists The Vegan Leather, rapper Washington, and jazz livewire Kitti. The beat goes on.

Come on down the front / let’s have some fun…