Local figure skating talent – Lacey Millar (9) – has been sharing her love for her sport and her excitement for the festive season.

The Lochfield Primary School Pupil, who officially opened the Paisley’s Christmas ice-rink this year alongside Santa, started skating when she was four years old and currently trains five times a week in East Kilbride.

Lacey is also part of the Great Britain Development Team – being part of the squad means she attends training camps with other figure skaters from across the UK where she is fitness tested and monitored by The National Ice Skating Association (NISA). 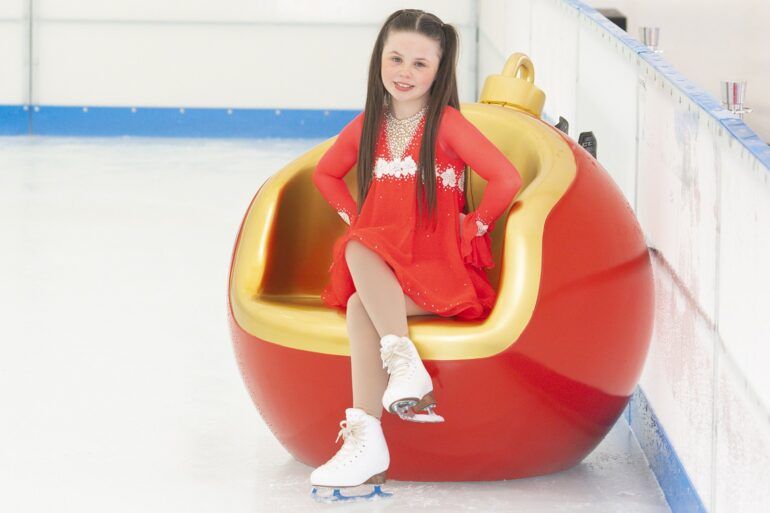 Lacey said: “Doing spinning on the ice is my favourite thing to do – I love doing them and I think it’s the skill I’m best at. I want to keep skating and learn more skills on the ice.

“I go to training in East Kilbride five times a week, so I need to get up really early to make sure I get my training in. It will be good to have the ice rink in Paisley this Christmas so I can practice closer to my home.”