If you’ve already heard of Paisley’s twin town Fürth in Germany, then you might want to know a few funny and interesting facts about this place, just as our 50th anniversary year approaches in 2019.

1. Fürth is also called “the city of the cloverleaf” 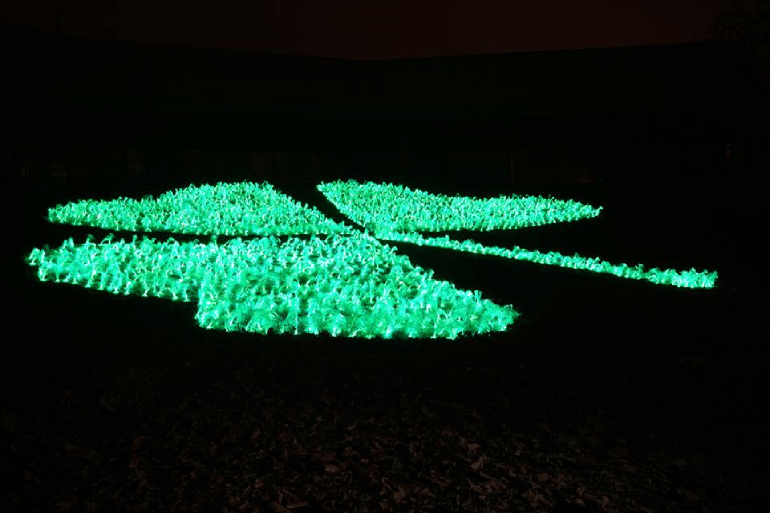 There’s a few explanations behind this name. Some say the trefoil represents the three authorities which ruled the town between 1303 and 1314; the Bishopric of Bamberg, the Principality of Ansbach and the City of Nuremberg. Others claim that it’s a symbol for the peaceful cohabitation of the three religious groups Protestants, Catholics and Jews. Due to the clerical domination its origins could also lie in the trinity of God. However, it became quite famous through our local football team SpVgg Gruether Fürth, who have worn the trefoil emblem since they were established in 1903.

My guess is many of you loved playing with Playmobil toys as a child. The company that produces these toys is headquarted in Zirndorf, which is part of the region district of Fürth.

What’s more, Fürth is located in the Nuremberg Metropolitan Region – one of the strongest metropolitan areas in Germany which is home to big companies like the Adidas Group, Puma SE and Siemens.

3. Germany’s first railway track was built between Nuremberg and Fürth 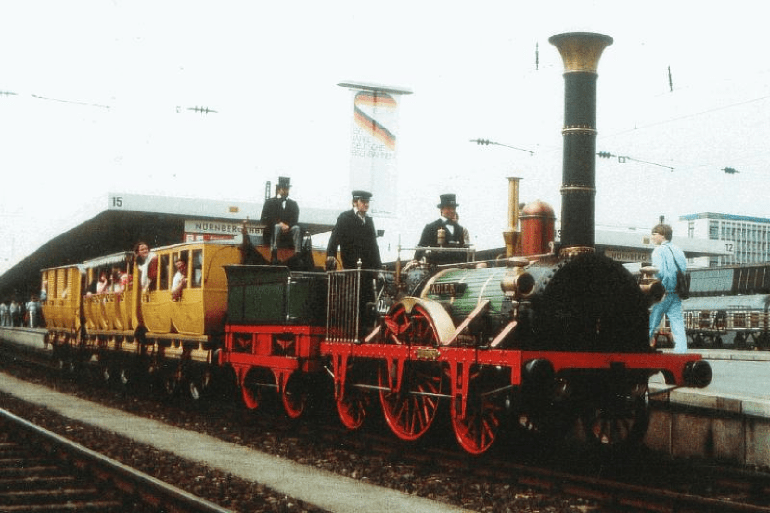 In May 1835 the customized steam locomotive Adler (German for “Eagle”) was ordered from Stephenson’s locomotive works in Newcastle upon Tyne. In November 1835 the first run was accomplished with the help of a British engineer, who had travelled with the locomotive from Fürth to Nuremberg. In 1972, Germany’s newest metro started operating between Fürth and Nuremberg. It is partly driverless and fully automatic since 2008.  Fürth really benefits from being linked with the large city of Nuremberg, because it would never be able to afford a subway on its own.

4. Fürth has got a twin theatre in the Ukraine 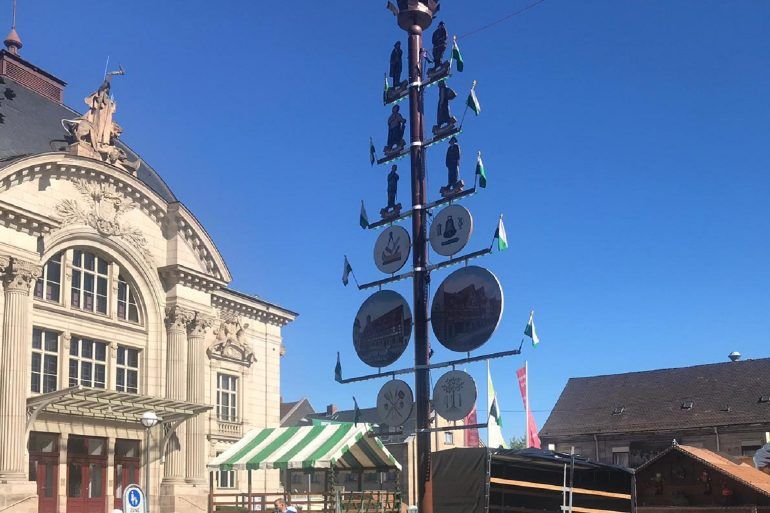 The Viennese architects who designed our theatre building were originally commissioned to build a theatre in Chernivtsi (now Ukraine). However, the construction was postponed due to funding problems. In the mean time, the architects used the plans for Fürth’s municipal theatre. Between 1904 and 1905, the construction was also executed in Chernivtsi. So it happened that the two city theatres look almost identical.

5. The tower of our town hall is Fürth Council’s new mascot 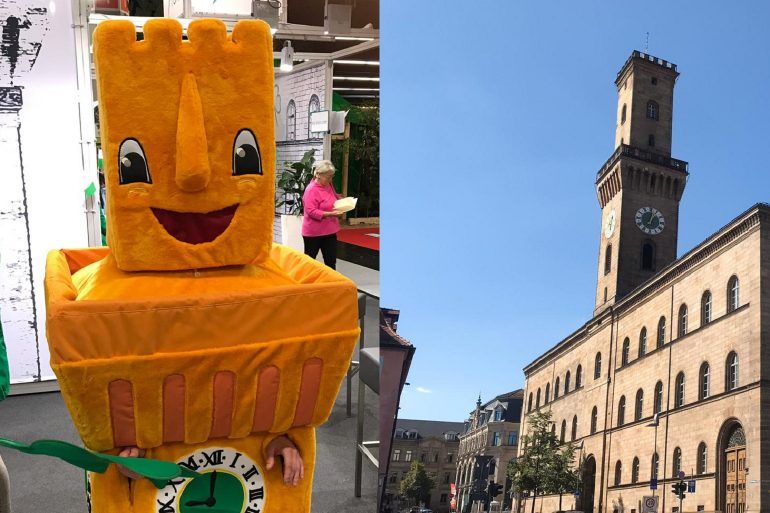 Yeah that’s right. Since this tower is the most crucial landmark of our hometown it represents the common public identity of Fürth and its town council. The mascot supports our tourism and recruitment team at trade fairs like the Consumenta (Germany’s largest goods fair) and other marketing events. 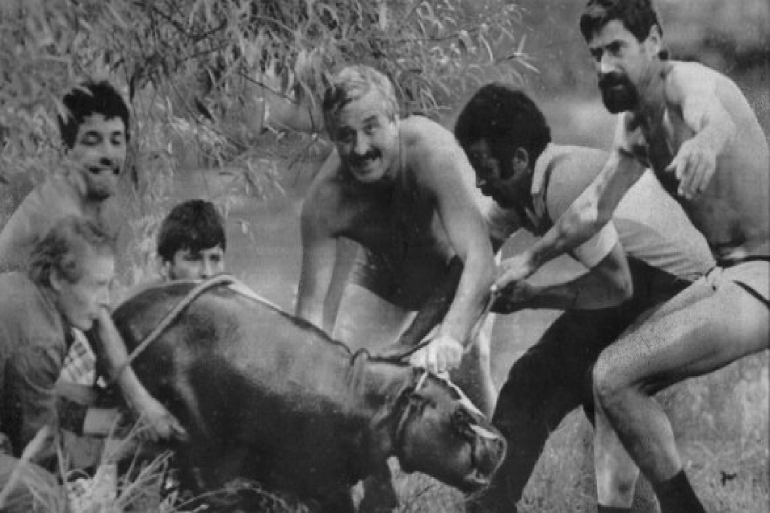 In the 90s, the Swiss circus Fliegenpilz (German for “toadstool“) happened to perform in Fürth. Due to carelessness of an animal keeper a pygmy hippo called Elsbeth escaped to the nearby River Pegnitz. All attempts to recapture the way too nimble Elsbeth failed, and the fire brigade were alerted hastily by the circus. But it was only after one long week that the wee hippopotamus was recaptured. All the trouble attracted hundreds of onlookers and nationwide media coverage. In Elsbeth’s honour a bronze statue of her was built by a local artist.